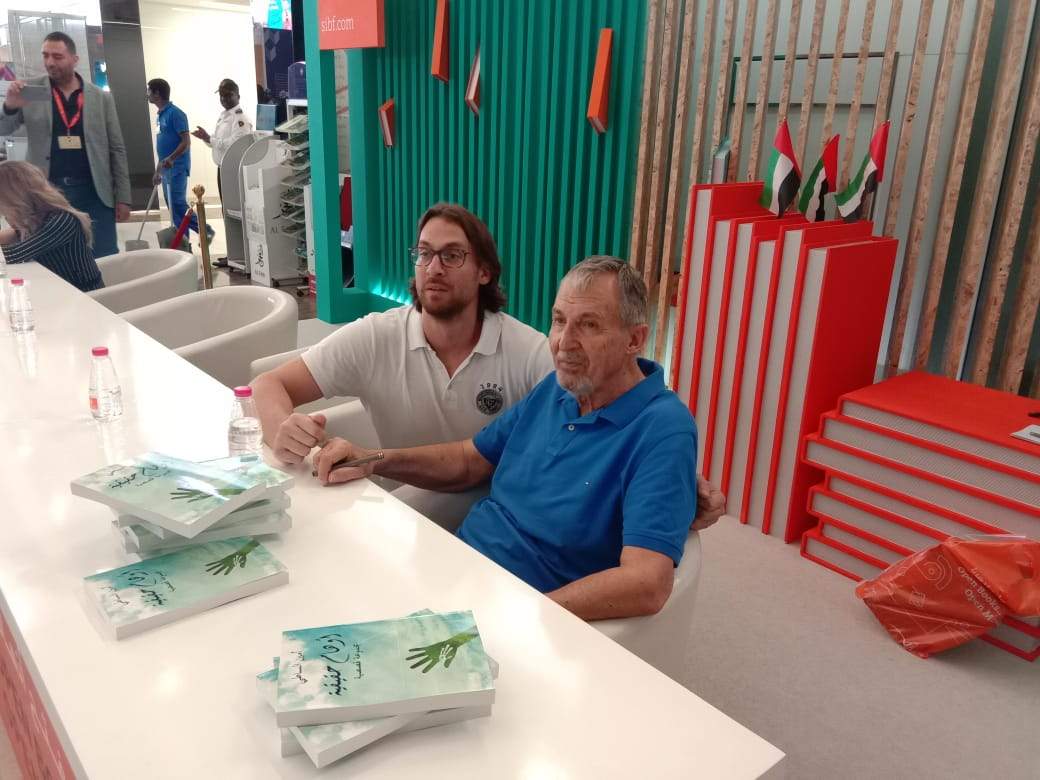 A highly talented author of an incredible read Real Illusions, Amin Al-Sati, has been interviewed by Al-Ghad TV at the signing event of his book on November 6th, 2019, in Sharjah Book Fair 2019. In his interview, he talked about himself and his book briefly, he stated that Real Illusions is the start of his literary career. This book is about illusions and daydreaming and how we live in it partially or completely at some stages of our lives.

Real Illusion is Al-Sati’s personal perspective of life. As a civil engineer, he has spent more of his life travelling to different places in the world, observing different cultures and backgrounds. Such an experience urged him to escape from those dull realities and think about the universe surrounding us. Al-Sati hopes that the readers of his book would also share their illusions that life has marked for us.

Amin Al-Sati was a Civil Engineer born in Damascus, Syria, in 1941. He was graduated from Oklahoma University in 1965 and was awarded a scholarship to study in the Netherlands in 1971. He worked in Detroit, Michigan, for two years, later on, he went back to Syria to work in the Ministry of General Public Relations. In 1983, he travelled to Saudi Arabia to work till his retirement and finally moved to Dubai, UAE.