An Attempt to Understand and Communicate

This book contains a set of short essays, in which the author tries to understand human nature as he saw it and tested it, after working for a long time as a doctor, university professor, and researcher concerned with ethics and medical anthropology. The first chapter deals with the nature of communication between people and the differences in human nature, including the types of active listening, the link between happiness and intelligence, research discoveries, coincidences, negative thoughts, and more. The second chapter contains articles on medicine and medical ethics, and how the nature of disease symptoms reflects the culture of the patient. The third chapter focuses on medicine and literature, and in it the author writes about the diseases of Al-Jahiz, correlation between medicine and literature, and medical diagnosis in Arabic and English literature and so on. The author studied in British schools and universities, and in the fourth chapter of the book the author reflects on his experiences and memories of his days of study there. In the fifth chapter we find the author’s translation of famous English songs.

Abdullah Al-Sayyari is Professor of Internal Medicine, and Head of the Department of Nephrology and Kidney Transplant at King Saud bin Abdulaziz University for Health Sciences in Riyadh. He obtained a Bachelor’s degree (Honors) in Biochemistry, Bachelor of Medicine, and Bachelor of Surgery with Honors from the University College – University of London. Dr. Al-Sayyari holds a Doctorate of Medicine from the University of London, a fellowship of Internal Medicine from the Royal Colleges of Internal Medicine in London and Edinburgh, and a Master’s in Business Administration from Sheffield Hallam University in England. He worked at the Faculty of Medicine at the University College of the University of London as a lecturer and chief registrar before returning to the Kingdom of Saudi Arabia to work as director of the Nephrology, Graduate and Academic Departments at the Armed Forces Hospital in Riyadh before moving to his current position at King Saud bin Abdulaziz University for Health Sciences and King Abdulaziz Medical City in Riyadh. Professor Al-Sayyari received the prestigious Mansoura Award issued by the Egyptian Academy of Sciences and the Egyptian Ministry of Higher Education in 2004. Professor Al-Sayyari received the First Researcher Award in King Abdulaziz Medical City for the year 2011 AD, he is a former member of the International Society of Kidney Diseases, Chairman of the Subcommittee on the Global Progress of Kidney Diseases (Kumagan) in the Middle East, and member of the Education Committee of the Kumgans. He is also a former president of the scientific chapter of the Arab Society for Kidney Diseases and Kidney Transplant, and Chairman of the Scientific Committee of the Saudi Society of Kidney Diseases, and he is the Chairman of the Saudi National Committee for Kidney Transplant. Al-Sayyari is the editor-in-chief of the Saudi Journal of Nephrology and Transplantation. His main research interests are in Saudi issues related to kidney transplantation and dialysis, as well as in medical ethics and patient centrality. 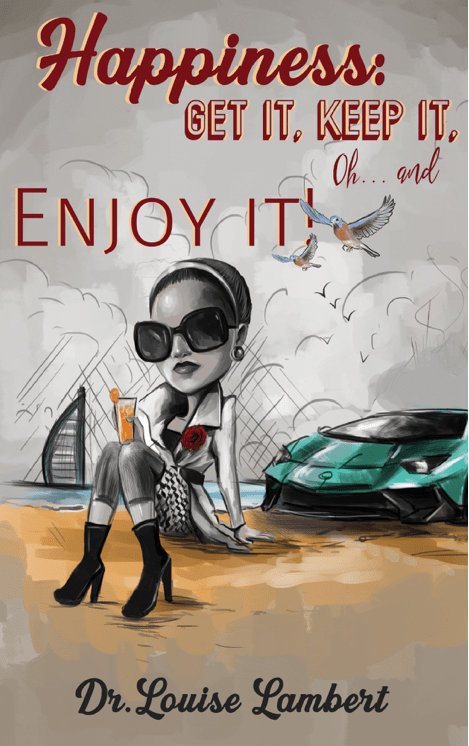 Dr. Louise Lambert
Happiness: Get It, Keep It, Oh...