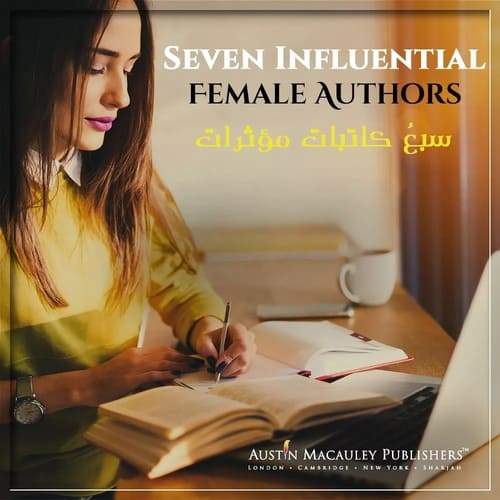 When we look back on our literature history, we come across many aspiring female writers who smashed the barriers, broke the rules and went against the norms to establish a name for themselves. Our world has a long tradition of female authors who depicted interweaving tales of love, family, friendship and fantasy. We witnessed the talent and qualities of these great women through centuries.

These women made waves into the field of literature and deserve to be appreciated.

Though it is hard to choose a small group of female authors from a gender who has published the extensive amount of extraordinary literature, Austin Macauley has come up with seven influential female writers in history to pay a tribute to their phenomenal work.

One author which is widely known after Shakespeare is Jane Austin. She brought a revolution to literature, by enhancing the beauty of classic love stories. Her legendary novels, Pride and Prejudice and Emma were adapted into movies which were as good as the novels. Jane’s novels were not only based on love but she authored strong and spirited female fictional characters who fought for their free will and happiness in the best way they could considering their circumstances.

She died more than 200 years ago but she is still famous as ever in the history of literature.

Badryah El Bishr is an award-winning female author who is from Riyadh, Saudia Arabia. She owns a doctorate in Philosophy of Arts and Technology. She authored three novels which include Hend and the Soldiers, The Seesaw, and Love Stories on al-Asha Street. Her latest book, Love Stories on al-Asha streets was listed for International Arabic Fiction in 2014. She is a strong, confident woman who doesn’t fear standing up for women’s rights. She believes in turning a blind eye to the haters and puts her attention on supporters. Her work encourages woman empowerment and highlights daily problems faced by Saudi woman.

Joanna Rowling is widely known and admired, thanks to her wizard world fantasy, Harry Potter, which was translated into 73 languages and sold more than 450 million copies. Rowling didn’t have it all from the start, her life is a classic rags-to-riches story. The bad incidents in her Harry Potter novel were adapted from her real life. She also published the novel The Casual Vacancy, followed by Cuckoo Calling, a crime novel.

J.K. Rowling is an influential female author who introduced us to a new magical world where we wish we grew up. She enhanced our imagination and our creativity. She penned down influential fictional characters like Hermione Granger to encourage young girls to be independent, intelligent and confident, Severus Snape to educate readers on loving someone you can’t have and Harry Potter is a great example of friendship, determination and sacrifice.

She is responsible for reviving children’s literature and develop children’s interest in reading.

The forty-seven-year-old author, Elif Shafak is one of the best selling female authors in the world. She owns a PhD in Political Science and Political Philosophy. In 2017 she was awarded the reputable Chevalier des Arts et des Lettres title. Her books are translated into more than twenty languages.

Elif Shafak books Forty Rules of Love, Three daughters of Eve and The Bastard of Istanbul received an intense amount of love globally. Through her books, one can discover the captivating history and culture of Turkey. She writes Islamic mysticism, love and magical realism.

Maryam Saqer Al Qasim focuses her energy on creating amusing reads for children, having won the Sharjah’s children book award 2018. She holds a bachelor’s degree in journalism from the American University of Sharjah and is pursuing her masters in translating young reader’s books. Maryam published several inspiring children books including Diversity. This book beautifully teaches its young readers to work discretely as a part of a team. To get this inspirational read, visit.

Arfa Atiq is an admired female Arab poet. She became the first spoken word poet to be granted Abu Dhabi Music & Arts Foundation Creativity Award in 2017. She made the nation proud by going global and performing in half of the world. She had been featured in the International Journal of Research in Humanities and Social Sciences. Afra’s writings emphasize the recognition of Emirati identity and her most praised poetry is We and Nightfall.

Sabrina Marie is an Arab writer and novelist. She holds a bachelors degree in English Literature. Her hobbies include writing and spending time with her dog, pitbull. Her work shatters the silence around rape culture and helps survivors to find their way back from self-loss to self-love.

Her book, Nothing and Everything All At Once, describe the journey of an abused girl towards healing. It states that the cycle of healing is hard. This book is a look into the struggles and sufferings of a rape victim to process the emotional and psychological trauma. A must-read insight into the horrifying rape events. To get this book click here.

These women overcame several obstacles in their paths through centuries and it is our responsibility to honour their contribution to literature. Add the work of these uber-talented authors to your bedside or take them with you while you travel. If you are looking for an astonishing book to top your reading list, Click Here

That’s it from our side of the greatest female authors in the history, however we would like to know which author influences you the most on our Facebook and Twitter social platforms.

Do let us know!