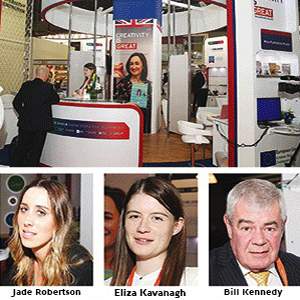 Sharjah Publishing City, Sharjah: UK, being the guest of honour at the 36th Sharjah International Book Fair (SIBF), showed its mastery by exhibiting their appreciation of the Middle Eastern and North African affairs, through the literary publications showcased on its stand.

Its stand houses to a number of leading agencies like Austin MacaulayTM Publishers, who have items that cater to the interests of guests fond of or connected to the affairs of Middle Eastern region or North Africa.

The Gulf Today Newspaper published the article on 2ND November, 2017.

Jade Robertson, International Publishing Director of Austin Macauley Publishers, said the link established between SIBF and UK is going to benefit the people of both the regions. Austin Macauley will export Arabic books to UK and New York to satisfy the appetite of Arabic speaking audience of the two localities, which is growing more and more with every passing day.

UK, the honorary guest is also showcasing the contemporary British Literature and the Birmingham Quran Manuscript, which is translated especially to enlighten the people about the Arab culture and their way of living.

The UK exhibitors are participating in this event in tandem with the aims and objectives of the UK/UAE 2017 Year of Creative Collaboration. The idea revolves around the engaging of culture in the broadest sense. This includes science, language, literature, arts, business, sports and technology.

For the full article visit:  here