The first thing we discovered – those of us concerned with the search for the causes of the crisis – is that there are many things that Libyans do not know about their own country, especially, us, the young people who face the consequences of war. That is why we are not talking here about a general law, but we are looking together for the ethics and rules of the Libyan person, the human being, not the citizen.

The chaotic state that has afflicting Libya since 2014, and which will continue to persist for much longer, stripped the Libyans of the concept of patriotism and loyalty to their country, and even distanced them from the rest of the world. They became nothing but people living in a society that is going through a crisis with rapid transformations. Thus, it became essential to discuss it from an angle that has not been presented before.

As a result, this research, in addition to it unearthing Libyan history, it is also a social research from a young woman’s point of view – at least she was a young woman during the writing of this research – and a portrayal of the roots of the post-revolution crisis, which in turn would lead us to determine what ails this Mediterranean-African country that has not contributed anything except destruction to the world. 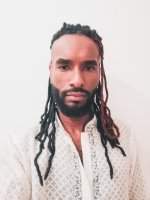 Tazir is a journalist who entered the field of civil society and media towards the end of 2011.
He is a founding member of the Libyan Tanweer Movement and the Ghazala Literature Foundation. He also contributed to local institutions to spread political awareness.
He participated in cultural events inside and outside Libya, and wrote in local and international newspapers about the cultural transformations that Libya is going through.

Be the first to review “Humanity’s Code” Cancel reply